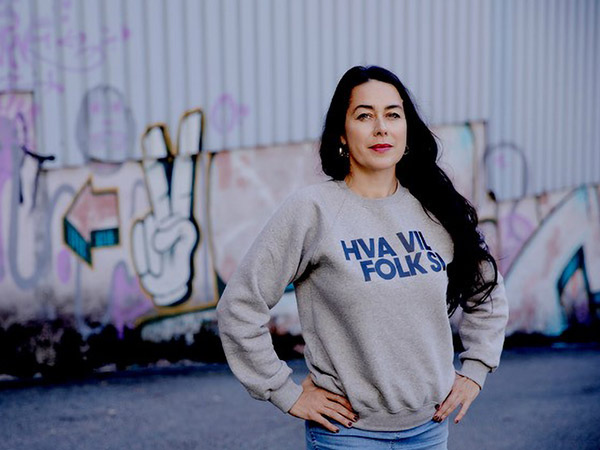 Maria Ekerhovd is a Norwegian film producer from Bergen. One of Ekerhovd’s first films as producer, Bobbie Peers’ 2006 short film SNIFFER, won Norway’s first (and so far only) Palme d’Or at Cannes Film Festival, also nominated for the European Film Awards. In 2011, she founded the production company Mer Film, which celebrates its 10th anniversary this year. In these ten years, Ekerhovd has been the delegate producer for ten feature films, as well as a large number of co-productions, a number of which have been supported by Eurimages.

In 2013, Maria was awarded the Edith Carlmar Prize, which is presented every year at the Femmina Film Festival to “a professional film woman who has shown integrity, fearlessness of innovation and willingness to break boundaries”.

Her latest film is the Eurimages-supported THE INNOCENTS by Eskil Vogt, which premiered in Un Certain Regard at the 2021 Cannes Film Festival. The film receives the European Film Academy’s award European Sound 2021.

Maria Ekerhovd is also the Norwegian co-producer on Jonas Poher Rasmussen’s FLEE, nominated for European Documentary and European Animated Feature Film this year. She is currently in production with the historical drama WAR SAILORS by Gunnar Vikene (which is to date, Norway’s largest film production) and LET THE RIVER FLOW by Ole Giæver. Next year will also see the release of the co-production MORE THAN EVER by Emily Atef, a co-production supported by Eurimages.

Her production company Mer Film’s ambition is to produce Norwegian and international art-house films by directors with a personal artistic vision. Mer Film believes in long term relationships with directors and co-producing partners and in 2015 the company expanded its mission by founding Mer Filmdistribusjon, a distribution company which works closely with the production company.