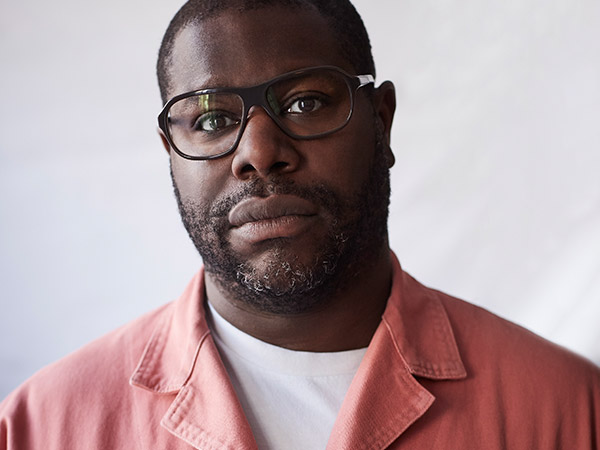 The Fight for Humanity

Using words to describe the cartographies Steve McQueen has been mapping feels reductive. There’s an underlying torrent of harshness in the British filmmaker’s cinema, coming and going in waves, that ought to be placed in front of as many eyes as possible. Over the years, his body of work has been that of laying out portrayals – local and transnational – that not only vary in rhythm and tone, duration, and format, but also vow before different sensualities, colours and smells. Whether he chooses to pick up on the Irish Troubles, American slavery in the 19th century, or the British West Indian community experience of structural racism, therein lies a collection of memories, a storage of historical moments and individual poetries left untold.

So how to expound on that which depicts defiance with such undiluted beauty? Whilst the pulsating impetus may not necessarily be that of holding something down in film – no dead butterflies preserved in resin – there is a documenting undertow, so urgent and searing that it veers the work towards revolutionary journalism and as an extension, the pursuit of education. And nothing shows this more clearly than the masterful anthology SMALL AXE (2020).

Made up of five films, voice is not just given to those unheard in their lifetime. It’s never enough for sonic bodies to exist within the realms of the screen. They should be thrown back at the world. From Notting Hill to Brixton, a topography of anguish beams onto the map of London’s West Indian community between the late 1960s and mid-1980s, exactifying the post-colonial infection whose remains still find themselves scattered among the streets, restaurants and dancefloors, police stations and classrooms. Never pamphleteering, it goes over events, some more personal than others, by swaying different life choreographies under the dooming presence of systemic racism.

Before a stretched arm held high or a wall that transpires, there’s an on-going narrative that unfolds time. Like music notes, it goes into the courtroom drama of the trial of the “Mangrove Nine”; the journey of Leroy Logan, a scientist who joins the police force to reform the system from within; writer Alex Wheatle’s self-discovery as a black man in Brixton after growing up in an abusive children’s home; a tale of segregation in the Haringey borough’s public schools; and an overnight party, a paean to music, the true conduit into the films’ ecstasy.

A direct descendant of the Windrush generation himself, Steve McQueen awards us with five vital pieces that make up one collective body by inflecting the very notion of cinema and projecting it onto a different time and place. On screen, the visual weaponry stretches the rhythms of how Black Londoners make the space that was theirs to begin with. Never have Darcus Howe’s words echoed as far or as wide: “the sky’s the limit.” In the filmmaker’s representation it is the political action that lights up a match on change. His is the fight for humanity.

Susana Bessa – Film journalist and critic, based in Lisbon. With an MA in Film and Screen Studies, her research themes include memory, archive, saudade, post-colonialism and time. Her work has been published at Mubi Notebook, Photogénie, Film Internacional, The Rumpus, Público, Novo, among other publications.